A young woman in the Mexican state of Tamaulipas has become a viral superstar in Latin America after she rescued what she thought was an injured dog. But, as the young samaritan soon found out, the wounded creature turned out to actually be a wild coyote.

Andrea Athie of Ciudad Victoria noticed the canine struggling on the roadside with what appeared to be a broken leg while she was driving last week. Without hesitation, Athie retrieved the animal and brought it into her car.

Once she arrived at a veterinarian’s office, she was shocked to learn that the docile animal was, in fact, a coyote rather than a dog.

The incident quickly went viral after Athie’s brother Alejandro called attention to his sister’s confusion, tweeting photos of the coyote and saying:

“Today my sister picked up a COYOTE thinking it was a run-over dog and took it to the vet.” 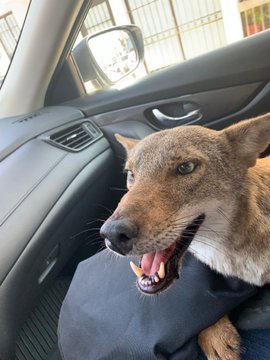 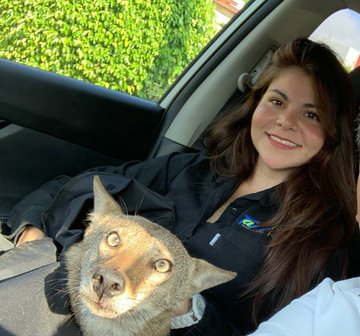 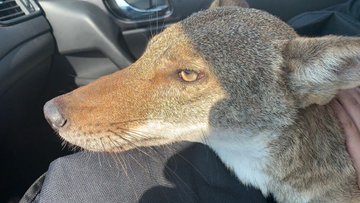 918 people are talking about this

She added that “for all who are interested,” the coyote—whom she baptized as “Pancho”—was in good health and being taken care of. And she emphasized that the coyote never tried to attack her. Quite the opposite, the creature was actually very friendly and docile.

In separate tweets, the young woman said that the coyote would receive five days of intense treatment so that his hind legs could be healed.

Athie added that “for his sake, he must have the best possible quality of life and isn’t made to suffer. Every effort is being made to recover [him]. He is a wild animal.”

In another update, she explained that the recovery would take longer than expected:

“Pancho is not responding as we expected, everything is being done for him [but] he doesn’t want to eat or cooperate to try to move after his treatments.”

“He is a wild animal, therefore when he outside his natural habitat he grows depressed but we will keep trying.”