But for Susie Torres of Kansas City, she was luckily none the wiser—until doctors informed her that the blockage in her ear wasn’t a bit of H2O, but was a venomous brown recluse spider.

Nagged by the belief that she had some water stuck inside her ear, Torres went to a doctor to see what exactly the problem was.

When a medical assistant checked her ear, she couldn’t believe what she saw and quickly grabbed fellow staffers to confirm that her eyes and expertise were not deceiving her.

“She ran out and said I’m going to get a couple more people.

She then said, ‘I think you have an insect in there’.”

At that stage, Torres felt little need to panic. A mere insect, after all, is no cause for alarm to a grownup human. But then the staffer told her what the problem was. Torres said:

The 10 Richest Families of the World. Especially No. 3 is a Complete Surprise
Richest Family
FIND OUT MORE >

“She came back in and told me it was a spider.”

Luckily, Torres explained, the medical staff “had a few tools and worked their magic and got it out.”

This woman went to see a doctor for what she thought was water in her ear, but got quite a surprise when doctors pulled out a brown recluse spider https://cnn.it/2NtxSWk 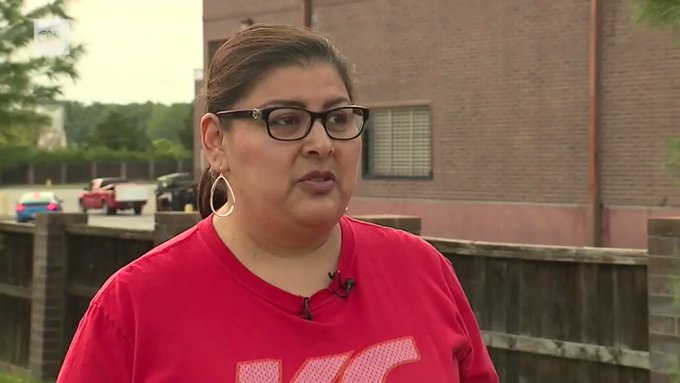 185 people are talking about this

Only later did doctors tell her that it was the highly dangerous brown recluse spider that took up residence inside her ear.

According to the U.S. Centers for Disease Control and Prevention, the brown recluse is one of only two venomous spiders commonly found in the country, along with the black widow.

At best, the brown recluse can cause a bit of itching. At worst, the venomous arachnid can trigger muscle pain, fever, nausea, anxiety, difficulty breathing, intense sweating, headaches and even death.

Any brown recluse bite should be greeted with calm and treated by a medical professional, the CDC suggests. The CDC also adds:

“Spiders are usually not aggressive and most bites occur because a spider is trapped or unintentionally contacted.”

Luckily, in Torres’ case the brown recluse seems to have found the inside of her ear to have been a spacious enough accommodation to not feel the need to defend itself, doctors confirmed.

Still, Torres remains spooked by her close contact with the venomous creature.

“I never thought they would crawl in your ear or any part of your body.”

With no idea about why or how the spider entered her body, she plans to take precautions from now on before heading to bed. Torres said:

“I went and put some cotton balls in my ear last night, because I did not have any ear plugs.

Oh look, another brown recluse. I love the smell of nightmare fuel before bed.