Having to say goodbye to your mother is the most difficult thing in the world. Though death is inevitable, coping with that loss may take a long time. Jimmy Fallon, the host of The Tonight Show experienced that tragedy on 4 November 2017. Having shared a very close bond with his mother, Gloria, Fallon was heartbroken by her death. Making a statement to People after his mother’s death, he said, “Today I lost my biggest fan.”

The host then returned to the show after canceling it to be with his mother, he tearfully shared the last moments he spent with her. “When we were little, my mom would walk us to the store, me and my sister. And we would hold hands. And she would squeeze my hand three times and say, ‘I love you,’ and I would squeeze back, ‘I love you, too.’ And last week I was in the hospital at her side and I grabbed her hand, and I squeezed, ‘I love you,’ and I just knew we were in trouble,” said the host with a shaky voice, unable to control his emotions.

Fallon told his audience that his mother was his number one fan and a constant support system. Overwhelmed with sorrow, he said, “She was the best audience; she was the one I was always trying to make laugh and she was such a fan of the show and everything I did.”

Fallon then thanked his audience for being his constant encouragement to create more laughter. “I feel so grateful to be able to do this every single night, and I’m very appreciative of all the support from all of you that my family received over the past week,” said the 45-year-old. He then paid tribute to his mother saying, “Mom, I’ll never stop trying to make you laugh. I love you.”

Although Fallon is mostly very private about his life, the comedian has shared several stories of his childhood and his relationship with mother, Gloria.

In an interview with Spin Magazine, he said his mother encouraged his colorful imagination and humor. “I was one of those kids who, if I hung around another kid for an hour, I was that kid. It was weird. I’d come home and I’d do his type of humor, his type of mannerisms. And my mom would say, ‘Okay, Joey, you want dinner now?’ ‘Cause I’d be acting like Joey Gonzalez,” recalled Fallon fondly according to US Weekly.

The host, who has admitted being very close to his parents, said his mother helped him achieve his dreams. 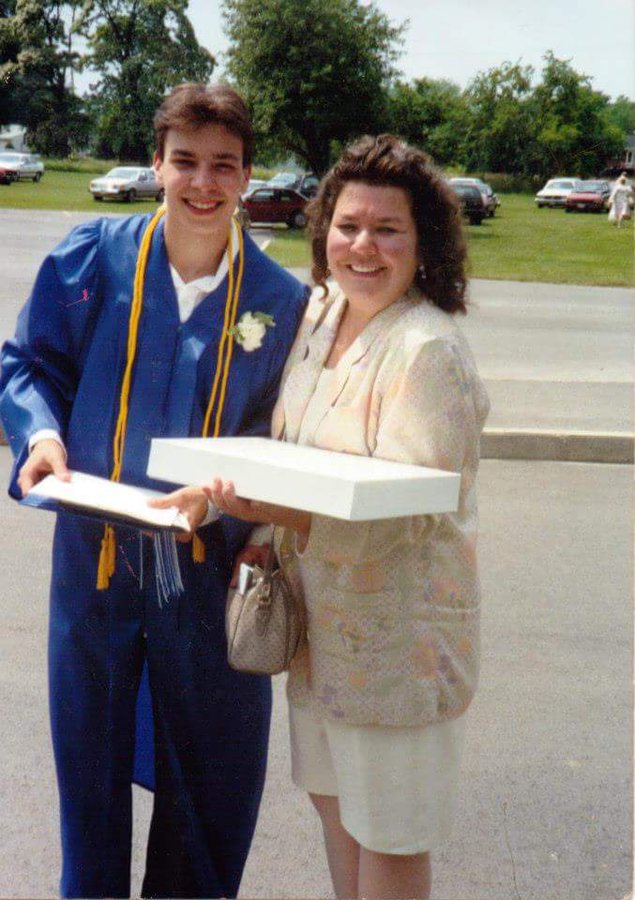 45 people are talking about this

In a 2013 interview with the New York Times, Fallon said his mother insisted on eating something before his SNL auditions. “Preaudition, my mom said to make sure you eat something because you want to have energy. So I went to Ellen’s Stardust Diner, and I got a cheeseburger and a banana health shake, which meant it was a milkshake with banana and wheat germ in it. I don’t know how healthy that is,” recalled the TV host. When he landed the gig, he couldn’t wait to convey the big news to his dear mother. “I called my mom, and it was so emotional. Everyone was just crying and excited,” remembered Fallon.

#FallonTonight tapings have been canceled this week, following the passing of Jimmy Fallon’s mother Gloria http://thr.cm/byS2Ya

The NBC late-night show had canceled a taping of its Friday episode so Fallon could be with his mother in the hospital.

See The Hollywood Reporter’s other Tweets

Fallon’s gratitude to his mother did not stop there. When he took over The Tonight Show, he thanked his parents on stage. Over the years, he shared several tales of his mother that his viewers became very familiar with Gloria. “My mom and I were talking on the phone for the third time that day and she actually said, ‘We don’t talk enough,’” once tweeted Fallon. Fallon’s relationship with his mother is special and it is no doubt he treasures her memories like any child.