There are a lot of strange things that people encounter on public transport and sometimes those strange things become downright insensitive. Instead of helping those in need, some people completely ignore the elderly and the disabled in crowded buses, trains, and subways. Even when they ask for help, their plea is ignored by those without any empathy.

A blind man living in Scotland had one of the most harrowing experiences while traveling on a train between Edinburgh and Perth on November 12, 2019. Jonathan Attenborough was with his guide dog, Sam, in the afternoon when they got into the overcrowded train. They were left “in the doorway of the train” as nobody offered a seat to them.

The disability and inclusion advocate took to Twitter to criticize ScotRail for not providing passenger assistance and fellow passengers for forcing him to stand during the 30-minute journey, according to Edinburgh Live.

Completely unacceptable passenger assistance from @ScotRail to leave me and my guide dog in the doorway of the train. I asked several times if there was any spare seats and not one passenger responded. Doesn’t give me much faith in humanity @MathesonMichael 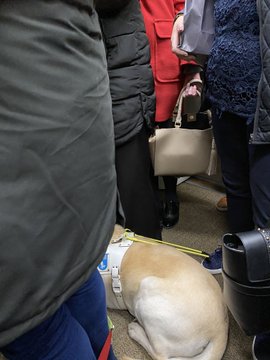 138 people are talking about this

Instead of helping him out, he was ignored and the student from Fife was stuck during the train journey worrying for his guide dog, who he feared might get his paws crushed, according to The Sun. He shared two photos as well and his dog, Sam, can be seen stuck between multiple people and bags with hardly any space to move around.

“It’s important for any blind or visually impaired people to be seated when on moving transport as the movement of the train can be very disorienting, I also like to be seated so that my dog is safely out of the way so that his tail or paws don’t accidentally get stood on by other passengers,” said he, adding, “It’s difficult to hold on, to keep my balance when having to stand on a moving train, and also hold onto my dog at the same time to ensure that he is okay in situations like this too.” 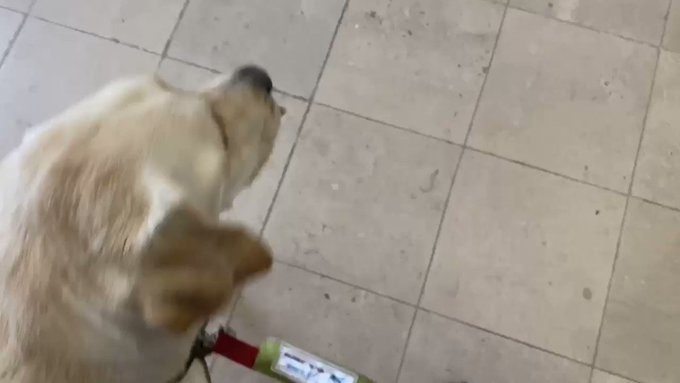 He said that there was no staff from ScotRail on the train whom he could have asked for assistance. “It was so crowded that the train conductor couldn’t make his way through the train until it was clearer. I think the customer service experience has to improve from ScotRail especially for disabled people,” said the activist, who has been vocal previously about the lack of inclusivity in public infrastructure. “I also think that some kind of government regulation around assisted travel for disabled people should certainly be looked at as well,” he said.

He was later approached by a Scotrail representative on Twitter, who said, “Thank you, Jonathan. Did you manage to get a seat onboard eventually? I know this must have been very frustrating to say the least.”

Thank you so much #AXSChat for having me as a guest tonight! It’s been such a pleasure chatting with you all this evening. I hope everyone had enjoyed it as much as I have. A very goodnight from me and my guide dog, Sam 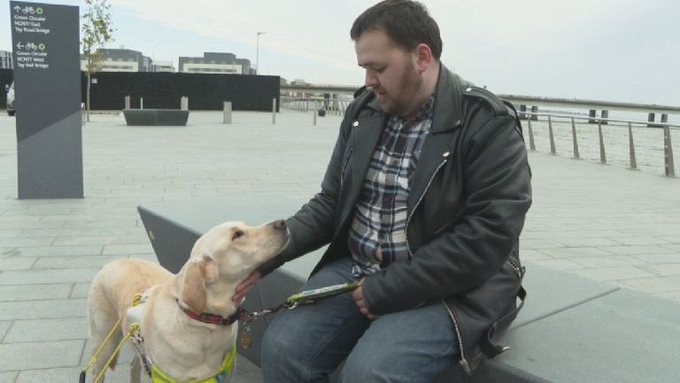 Others also reached out to Jonathan on social media about his experience and expressing dismay at what he had to go through. “I hope each and everyone of you that ignored this guy are well ashamed of yourselves. Disgusting! That could be you or your family needing help some day… bear that in mind. I despair sometimes. I hope this isn’t a regular occurrence and u & ur beautiful dog had a safe journey,” said one woman on Twitter.

I’m so sorry and also angry to hear that not a single person so much as responded to you or helped you. It’s utterly appalling!

Shame on every one of those passengers. You shouldn’t even have had to ask