His macho looks have always made him seem like the tough guy in the room but underneath that Tom Selleck’s veneer is a shy guy who often gets “tongue-tied” when it comes to romance.

Even when he was young, he was always too shy about the “hints” he gave women. “I used to leave little hints in people’s yearbooks,” said Tom Selleck, according to New York Daily News. “They were really small hints, although to me they were a huge commitment. ‘Hope I see you this summer, your friend, Tom.’ To me, that meant, ‘I love you, and I’ve worshiped you all year from afar’.”

Despite being the shy guy, he was still able to find the woman of his dreams, Jillie Joan Mack, and go on to have a wonderful marriage with her. In 1983, when he was filming in London for the movie Lassiter, Selleck developed an obsession with the musical, Cats, and would constantly tell his costar, Jane Seymour how great the show it. “I thought it was good, but I couldn’t see going back a dozen times,” Jane Seymour said, according to People. However, Tom Selleck’s real obsession was with Jillie Joan Mack, was part of the show.

“They had dinner one night and it went on from there,” said her London agent, Bryn Newton. Right after her contract came to an end, she joined Tom Selleck in America and everything in their lives started falling in place.

In 1987, Tom Selleck quietly went from PEOPLE poll’s sexiest man in the world to Mr. Happily-Committed-And-Married. They were both extremely nervous about getting married and used different names, ‘Tom Jenkins’ and ‘Suzie Mark’ for their secret wedding. The minister himself had no idea about who was getting married until 10 minutes before the service began. “They were both nervous, like any other couple about to get married,” said the Rev. David Immel. “He was very concerned that the service be heartfelt, very concerned for her that the service be meaningful. He is a very warm, caring man.”

From day one, Tom Selleck had one and only one priority, and that was his family. Just as he was scaling up the success ladder in his career, he decided to take a step back and focus on his family. He hit pause on his acting career so he could be there as a devoted husband and father. They created their own little world on a private ranch so that he could be away from the bustle of Hollywood and nurture his family. “I quit Magnum to have a family,” he said. “It took a long time to get off the train, but I try very hard to have balance, and this ranch has helped me do that.”

Both Tom Selleck and Jillie Joan Mack wanted to give their daughter, Hannah, the very best childhood. “My first priority,” Selleck says, “is time with my family.” Today, he’s been married for over three decades and the secret to his wonderful relationship is being committed one hundred percent. “It’s important to nurture your marriage,” he said. “I think wanting time away from work has been good for that.”

They’re in it together and nothing has changed that over the years.  “Jillie and I have a pretty good partnership,” Tom Selleck said. “We don’t do anything or make any decisions without consulting each other. And if one of us makes a decision involving Hannah, the other parent completely supports that position, even if you disagree.”

Tom Selleck and Jillie Mack’s 30-Year Love Story Is One for the History Books: http://twnctry.co/jqBT61W 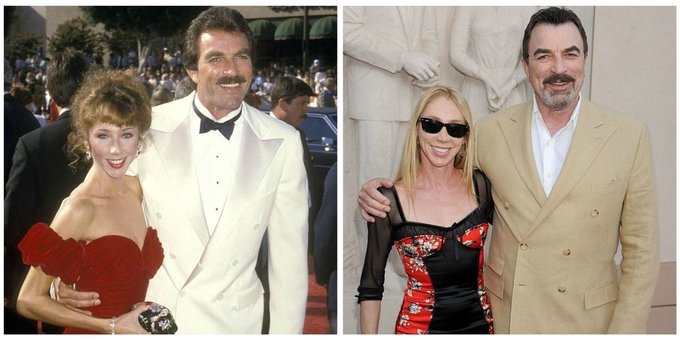 Tom Selleck has shown his wife love and respect, and they’ve always shared an equal marriage, and he’s never hesitated to put his career on the back burner for his family.