A person is defined by the greatness of his character. It speaks volumes about them and their upbringing. Hollywood legend, Tom Hanks is such an actor. Though he is one of the most known faces in the industry, the humble human being is seen to act just like a commoner. His humble demeanor and kind heart have conquered the hearts of many people.

Once, in 2008, when Tom Hanks was shooting “Angels & Demons” in Rome by the Pantheon, a bride and her father couldn’t approach the chapel because of the hullabaloo, so Hanks stopped filming to escort them to the altar. 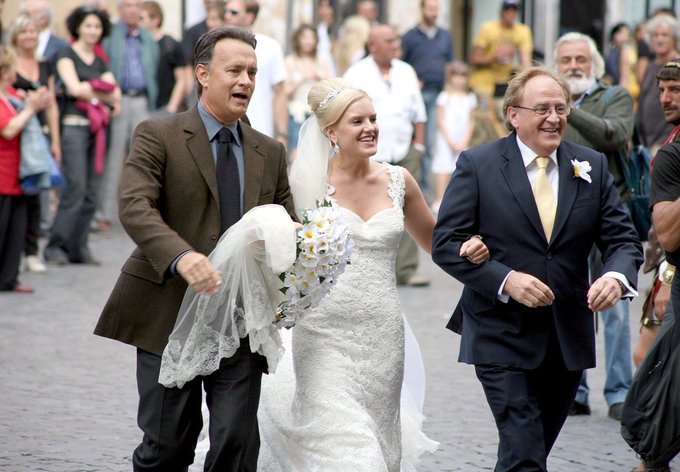 According to the Telegraph, the Forrest Gump actor came to the rescue of a bride and her father. The woman, dressed in a white gown and all set for her wedding, was shocked to see herself and her father blocked by the film crew. Unable to reach the church, she stood distressed beside her father. Luckily, the star spotted them. He asked the director, Ron Howard, to stop the shooting of the movie Angels and Demons to make way for the bride and her father. The 63-year-old actor even accompanied the two, held the bride’s hand and carried her veil so that it doesn’t drag on the floor.

But this isn’t the only time he did something nice…

He crashed a wedding photoshoot

Celebrities are not always seen having casual conversations with the public. However, Tom Hanks is different. The newlywed couple, Elisabeth and Ryan Barclay were pleasantly surprised by the actor when they were having their wedding photoshoot in Central Park. On meeting the couple, the actor planted a kiss on the woman’s hand and told her husband he was a lucky man. The wife talked to Inside Edition about the incident.

“The whole group was very shocked and couldn’t believe it actually happened. We were really glad to have it all on camera and just knew that it was an “only in New York” moment,” said Elisabeth. She added, “Tom was incredibly nice and complimentary and even spent time with our niece and nephew.” The actor who posed with the couple for a photograph even posted the picture on social media.

Lauren! I found your Student ID in the park. If you still need it my office will get to you. Hanx. 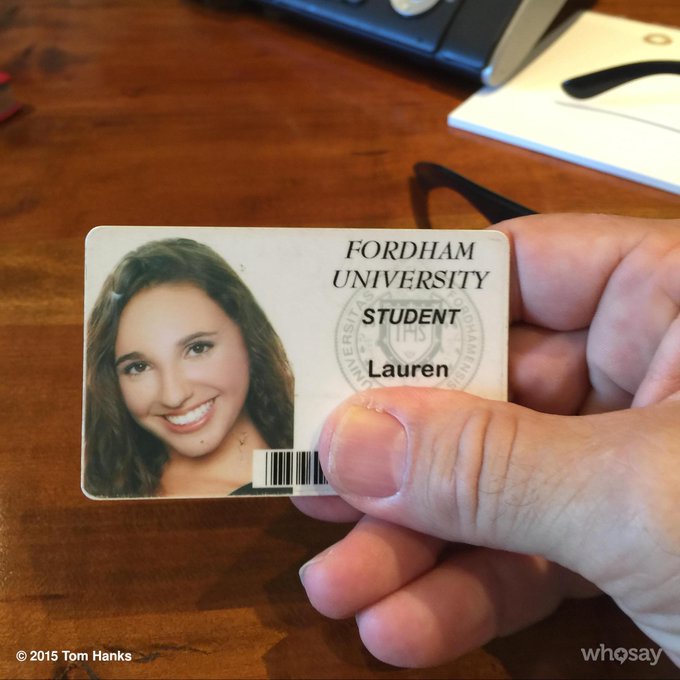 10.5K people are talking about this

Tom Hanks once posted the picture of a lost ID card on Twitter. The actor wrote, “Lauren! I found your Student ID in the park. If you still need it my office will get to you. Hanx.” The student from Fordham University had lost her ID card during her run in Central Park. According to ABC News, she was filled in about the Twitter post by her professor. “I’m not on Twitter. My professor is on Twitter [and] I’m sitting in the library trying to get homework done yesterday and I get an email with a little link to Twitter, ‘You’re famous,’” told the psychology major student to ABC. Her card was then returned by the actor with a hilarious note that said, “Lauren, Hold onto this!”

Was in Bay Area over the weekend. Back to school day!!! Hanx http://www.whosay.com/l/zyRaeC1

@tomhanks and Thank you for supporting our local girl scouts #thanxhanx

38 people are talking about this

Girl Scouts selling cookies were surprised by the actor when they were busy selling cookies on State Street in downtown Los Altos. The actor who met the girls not only bought some cookies but also donated some money. He ran the extra mile when he decided to help them raise more money. He helped them sell cookies to the passersby in exchange for pictures with him. “He was so personable, so down to earth,” said one of the girls speaking to The Lost Altos Town Crier.