The loss of a dear one is intolerable and painful in every sense. Every memory, object and thought which is related to them becomes sad, and it feels impossible to smile, even for a second. However, a grandfather who knew this did not want his funeral to be such an occasion. Therefore, long before his death, he planned his funeral and decided to pull a prank on his loved ones.

According to the Huffington Post, Shay Bradley from Dublin, Ireland died on 8 October 2019 after a “long illness bravely borne.” However, the Defense Force veteran did not want a usual funeral filled with mourning people. He wanted his dear ones to cheerfully bid farewell to him.

So, about a year before his death, he recorded an audio tape and gave it his son Jonathan and grandson Ben. The duo kept the audio a secret till the death of Shay. Just two days before his funeral, Jonathan told his mother and siblings about the audio. He told them that his dad’s last wish was to have it played at his funeral.

10.6K people are talking about this

The entire family decided to do as per Shay’s wishes. When mourners gathered around the grave during the funeral, a voice was suddenly heard from the coffin that was already lowered into the ground. The crowd was shocked. “Hello? Hello. Hello? Let me out!” said the preordered audio. It continued with someone knocking the door of the coffin. “Where the fuck am I? … Let me out, it’s fucking dark in here. … Is that the priest I can hear? … This is Shay, I’m in the box. No, in fucking front of you. I’m dead,” said the recording.

Hearing the recording, the stunned mourners burst out into laughter. They looked at each other and could not believe what they were hearing. They wiped away their tears as the recording said, “Hello again, hello. Hello, I just called to say goodbye.” The funeral video went viral and people could not stop talking about the man’s fantastic sense of humor.

His daughter, Andrea Bradley also commented on her dad’s prank. She later posted a picture of her dad on Twitter and wrote, “It was his dying wish that we played this at his funeral. What a man, to make us all laugh when we were incredibly sad. He was some man for one man. Love you forever Poppabear.”

Here is a picture of the legend himself. My dad, Shay Bradley. It was his dieing wish that we played this at his funeral. What a man…. To make us all laugh when we were incredibly sad….. He was some man for one man…. Love you forever Poppabear #Shayslastlaugh 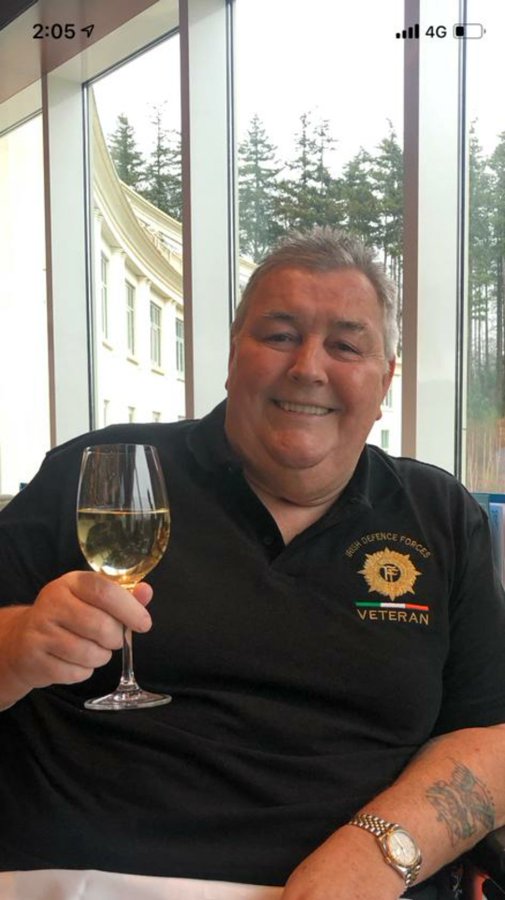 862 people are talking about this

Andera also revealed another important reason behind her dad’s last prank. Her parents were childhood sweethearts and were married for over 43 years. Her dad loved his wife Anne dearly and wanted to see her leave the ceremony with a smile on her face. “He wanted to make sure my mam would be laughing leaving the cemetery, not crying. And he done just that,” she told Huffington Post.

She added that her dad not only wanted to say goodbye but also wanted to say,”‘OK the sadness is over now here is a laugh so you can go and celebrate my life with a smile on your face.’”