When the man began engaging the hydraulic arm, the trash did not come out, so he had to look closer at the contents. At that moment, he heard the sound of a little kitten in distress. 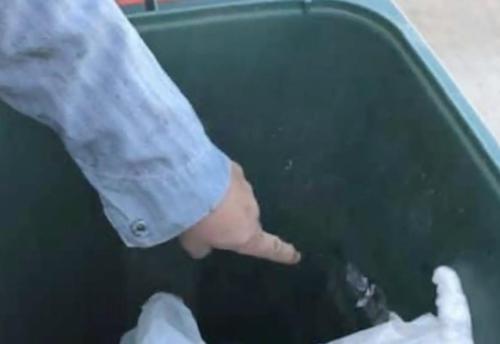 The man took the trash can to the garbage facility in order to seek immediate help for the kitten. The employees at the facility acted quickly to save the kitten from suffocation from the foam. They used razor blades to carefully remove the foam from its face so it could breathe. After they removed the foam from the cat, they took it to the vet. 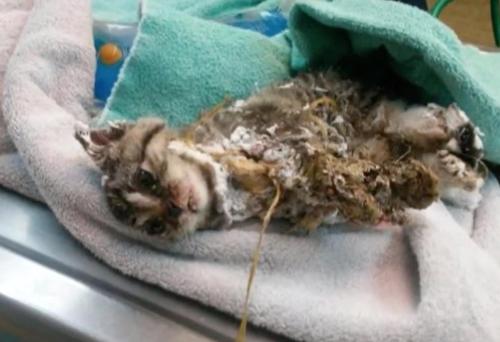 The veterinarian was appalled by the story of what had happened to the kitten. It was a frightening sight to witness the state that the poor animal was in. Dr. Diane Healy told KPTV that the kitten surely would have suffocated if it had been in the trash for much longer.

The kitten’s face had been covered with foam, and it couldn’t move its legs when it arrived at the medical facility. 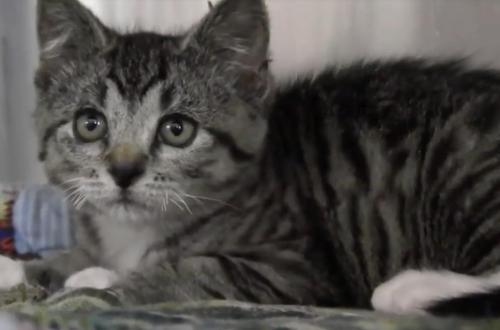 The authorities are still trying to find out who nearly did this to the kitten. The area where it was found has two houses and some rental spaces. There are many people coming and going from the area, so it’s difficult to ascertain who could have committed the crime. Officers suspect that the kitten belonged to a stray cat that lives in the area. 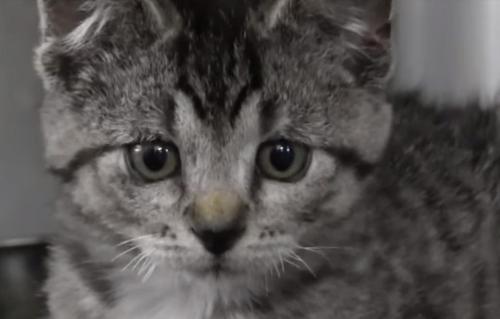 The kitten is now in good health, and he is currently living at the Bonnie Hays Animal Shelter in Hillsboro, Oregon. After all the hardships this kitty has gone through, he deserves a loving home. Caretakers hope that the perpetrators of abuse to the kitten will be brought to justice so they won’t harm any more animals like this again.

You can watch the story in the video below:

If you’re concerned about this kitten, let people know by passing this story on to others. What do you think should happen to the person who did this? Let us know in the comments.