A shooting incident outside Walmart rocked Duncan city on the morning of November 18. Three people, including the shooter himself, were found dead in the parking lot of the local Walmart. The suspect is said to have fired nine shots on a man and woman sitting inside a car. It was also reported that an armed citizen walked up to the shooter, put a gun to his head and asked him to stop.

Coming up at 5 & 5:30- I’ll have the latest details about the #DuncanShooting that killed three people in a @Walmart parking lot @OKCFOX 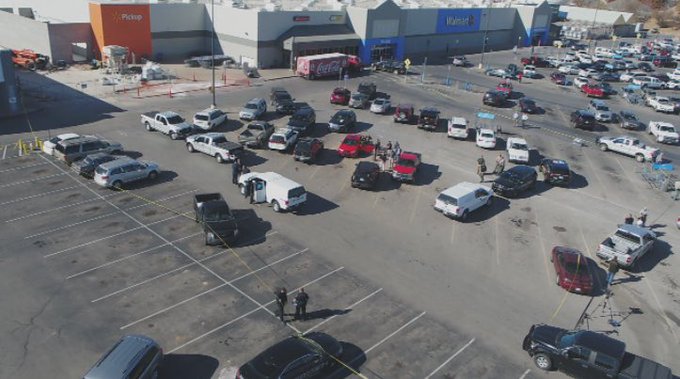 According to USA Today, Duncan resident Aaron Helton, an Army veteran, said he was at the Walmart at about 9:45 a.m. local time when he heard nine shots and saw the gunman, gun in hand. Another man walked up, put a pistol to the gunman’s head and told him to stop shooting, Helton said.

But what happened next, has plausibly made the incident more complicated than it appears. Helton continued that he then saw the shooter turn the gun towards him and firing. Although police have not confirmed this information yet. 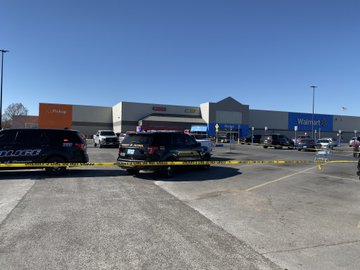 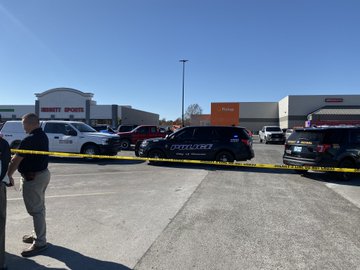 “I don’t know if it was a crime of passion,” Helton said, but police have not put out any confirmation on the motive of the shooter. A statement from Walmart said the incident was isolated and not associated with Walmart. “This was an isolated incident in the parking lot and was not an active shooter situation,” McCormick said. Walmart spokesman Payton McCormick told USA TODAY that no staff members were involved in the shooting or injured, and the store was not evacuated.

Tera Mathis, spokesperson for the Duncan Police Department declined to comment on reports that the incident was a case of domestic violence. The police have also stated that they could not confirm the identity of the victims and the motive of the shooter. Also, the influence of the shooting on the armed citizen remains unknown.

At least two people are dead after a gunman opened fire outside a Walmart in Duncan, Oklahoma, police say https://cnn.it/2QukZgg 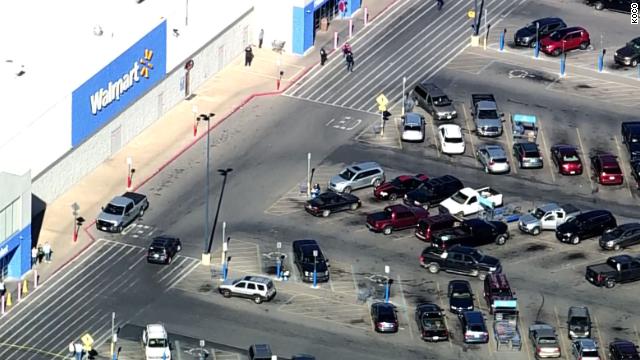 596 people are talking about this

While the identity of the shooter has not been made public, one person who knew him revealed to the press, “He is an avid family man. A community person. Very well known in the community. Does all he can for the community and his family,” [Michael] Bryant said. State Rep. Forrest Bennett tweeted support for victims and their families. 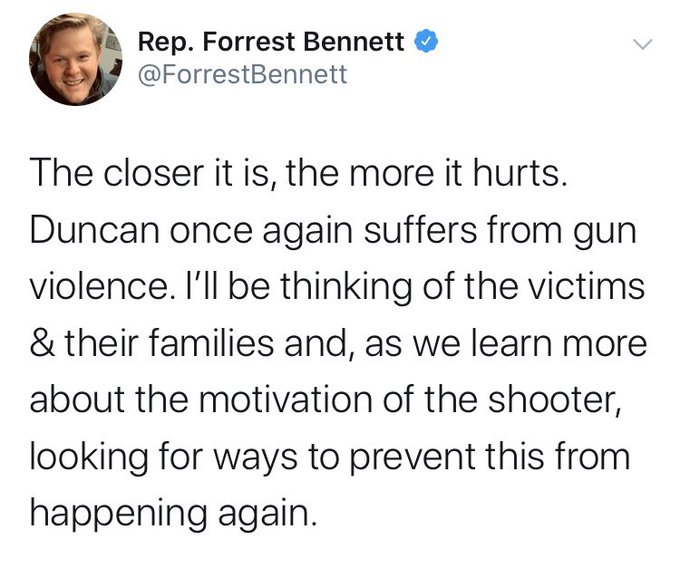 “The closer it is, the more it hurts. Duncan once again suffers from gun violence,” he said. “As we learn more about the motivation of the shooter, looking for ways to prevent this from happening again.”