It was a conversation she never thought she would have to have with her then 8-year-old and 4-year old sons, Theo and Otis. Natascha McElhone wiped the tears off her face, sat in a tight circle with her boys and said, “I’ve got something horrible to tell you.”

Natascha McElhone wrote, “I hold it together for that statement, then the walls of my eyes come tumbling down again. He wails; the little one watches him like a hawk, scanning his big brother’s reaction before deciding what his own should be.”

The actress, who’s best known for her roles in The Truman Show and Ronin, never thought that her husband would be taken away from her and her children so young.

Before passing away at the age of 43, Martin Kelly was a fit and healthy plastic surgeon who had a heart attack the day after the couple’s 10th wedding anniversary, as reported by The Guardian.

Since then, it’s not her own grief, but the grief of her little boys that she’s had to carry as well. With heartbreaking honesty, Natascha McElhone wrote a series of letters to Martin Kelly as she grieved the loss of “the love of my life” which is now published as a tribute to him, titled After You: Letters of Love, and Loss, to a Husband and Father.

Bereavement can be a time when thoughts run out of control and give rise to a whirlwind of emotions. Natascha McElhone tried to unravel her confusion and wrote in her diary entries, “Death is final,” she states at one point, only to contradict herself in the next sentence: “No it is not just final, it’s worse than that, it’s diminishing: the dead continue to decrease, to occupy less space.”

The actress was pregnant with their third child when her husband passed away. Though her husband wasn’t there to hold her hand, the mother went through the birth of her baby, Rex, alone, but with a strong resolve. “It just felt right somehow,” she told Hello! magazine, as quoted by Daily Mail. “I wanted to be on my own because that was the way it was going to be. I was going to be my baby’s only parent so I may as well get used to it.”

While Theo and Otis were able to spend a few years growing up with their father, Rex never had the chance.

“I thank God I had two babies with Martin before so I know exactly what his reaction to Rex would be,” Natascha McElhone said. “So I imagine him kissing the back of Rex’s neck and doing all the things he loved doing with the others. I say to the boys, ‘Daddy used to do this with you guys.’ They’ll say, ‘Let’s do it to Rexy!’ and we all pile in and give him hugs.”

Knowing that her sons would miss their father’s role in the family, she would try to fill his shoes by trying to balance being herself and being a bit like him. “With Martin I always played the straight man and he was the clown. I thought, ugh, they can’t just have straight man, that’s so dull,” she said. “I tried for a while to do clown and straight man, and they got really confused. So I just decided to stick to my role. I decided quite early on that I couldn’t be a mother and a father. It was quite a relief.”

This is my book think there is another ‘After You’ since. Sorry if u have wrong person! 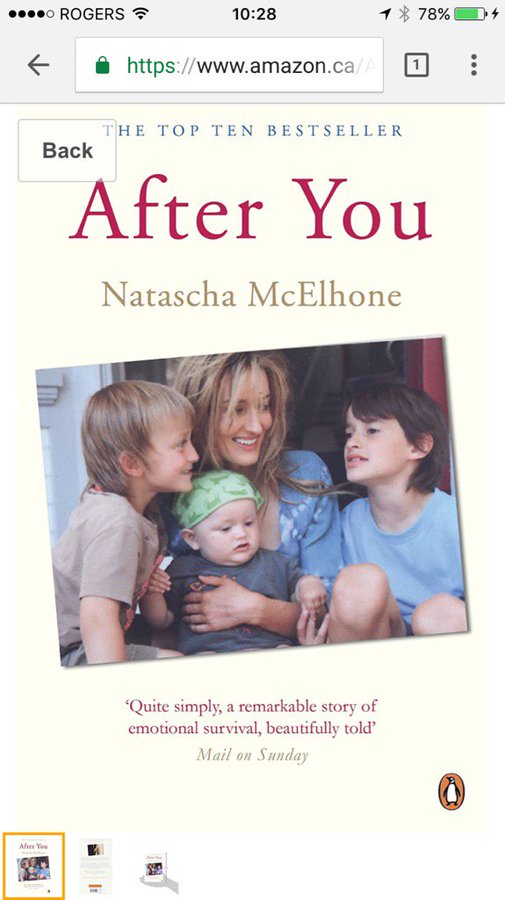 26 people are talking about this

Through all the pain, she’s also been “terribly grateful for everything” she has. According to HuffPost, she said, “No, I don’t think I have any right to feel miserable all the time. I don’t know why, it’s just happened to me that, aside from feeling utterly grief-stricken and bereft and devastated, the chinks and shards of light that shine through are so strong and so buoyant I can’t ignore them.”

In the real White House today with Bo & Sunny! What a brilliantly informative trip. Hugest thanks to Kal Penn 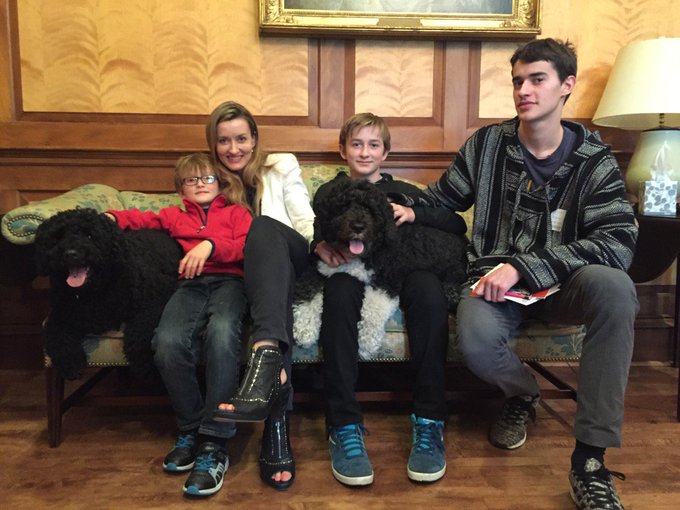 But there were moments where she missed the dear husband and father terribly. “I walked in the park this morning thinking of Martin, as I always do, and wondering: the one thing I miss terribly about him is that he had the answers to everything,” Natascha McElhone said. “I guess what I want to know now is what would his answer be to this – to our loss, to life without him. But I’ll never know.”