A Mexican university student has earned praise after creating a new rubber pavement made from recycled tires that regenerates every time it rains.

Israel Antonio Briseño Carmona, a civil engineering student at the Autonomous University of Coahuila in Torreón, Mexico, created the new self-regenerating pavement as a means to address the problem of damaged pavement and potholes in cities where rain occurs regularly, as is the case across Mexico.

The new invention could save billions of dollars on infrastructure costs for governments and construction companies around the world.

The invention has already earned Briseño the national top spot as a 2019 James Dyson Award winner for Mexico. 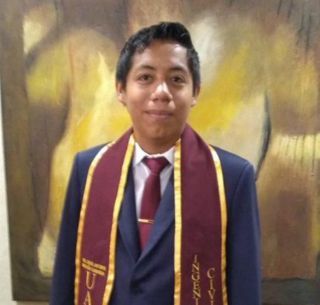 17 people are talking about this

“What happens is that when it rains, water filters down to the subbase [of the pavement], creating a fault, and when cars pass over it, it collapses. That’s why I wanted to turn the main material that deteriorates into one that can recover. This project [can allow] water to instead be a source of maintenance for our roads.”

The young man devised the idea last year after he first experimented with a formula using asphalt before he tested a formula using recycled rubber from tires, which would make the roads both cheaper and more sustainable

In April, Briseño patented his new invention under the name Paflec.

According to the James Dyson Award website, rainwater would allow the rubber and various additives to become a putty-like substance whenever it comes into contact with water, allowing for the “regeneration and physical-chemical improvement of the pavement.”

Briseño hopes to team up with a construction company from whom he could get a 5 percent commission on whatever the total costs would amount to, but he hasn’t yet formed such a relationship with any companies. A partnership remains necessary for the young inventor to certify and tender such a project. 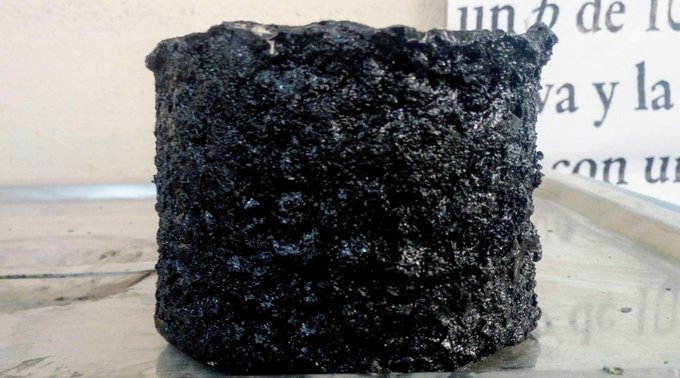 To get over this hurdle, Briseño has devised a three-step plan that would allow him to turn his concept into reality.

First, he plans to meet with an engineer who would be able to iron out any problems with the concept while simultaneously building a short strip of road that could be tested to ensure that it works as planned.

Next, Briseño will seek certification for the new system through the national construction standardization organization ONNCCE, which he hopes can approve the formula for use in Mexico.

Finally, the young inventor hopes to gain approval from national authorities so that he could authorize any contracts using the self-generating pavement.

“At present there are already pavement types that can regenerate, but none use water as a means of regeneration [nor are they] made of tires.”

Meanwhile in Mexico, 80 percent of the pavement is asphalt and 20 percent is hydraulic cement, which remain poor materials when considering the importance of roads as the crucial infrastructure for society, he noted.

However, as the Mind Unleashed previously reported, it was recently discovered that the simple act of driving may be polluting the environment in ways that weren’t previously known. According to a recent study, the single greatest source of microplastics in California’s coastal waters comes from car tires as a result of their breaking down while driving.