Unlike the hit TV show Friends, where Rachel Greene is not the best at party-planning, Jennifer Aniston hosts the perfect Thanksgiving parties. Her closest friends were present at the star-studded event and some made special appearances during the night. Her Friends co-star and bestie Courteney Cox, as well as Jimmy Kimmel, Jason Bateman, and Will Arnett were there livening it up but one guest surprised her fans. Her ex-husband Justin Theroux.

Aniston shared a pre-party photo on her Instagram of her baking enchiladas for Jimmy Kimmel. “Ok, @jimmykimmel… here are your f*%king Friendsgiving enchiladas,” she wrote on Instagram. The late-night show host was excited about the special dish for him since he had previously asked for anything but a turkey in 2019.

Her ex-husband and Leftovers actor Justin Theroux shared many videos and photos of what seemed like a fun night with A-listers of Hollywood. The event included a speech by Cox, which was partially captured by Theroux, a mini Arrested Development reunion, and a group selfie courtesy of Theroux, who said he was “very VERY thankful for these friends and these nights.”

In her toast, Cox can be seen saying heartfelt words to her best friend Aniston. She tells her, “Jen, I love you so much” and the Rumor Has It actress responds “I love you.” However, the footage of the speech was cut short when the Cougar Town actress realized that she was being filmed, according to Glamour. The duo has seen each other through many heartbreaks and successes. So, seeing them together is always heartwarming as they are a true example of good friends.

“Justin, please stop filming me!” she jokingly shouted at Theroux while she was giving the speech.

There was another video of Cox, taken and posted with her permission. “Mixed messages from Courteney Cox, now she wants me to film her,” he said. There was also a funny photo of Bateman and Arnett, both of Arrested Development fame. The group selfie was taken by Theroux as Bateman stood between him and The Morning Show actress while the others were laughing as they huddled behind them.

During the night, Sandra Bullock also made a surprise appearance for the dinner looking glamorous even in a casual outfit. 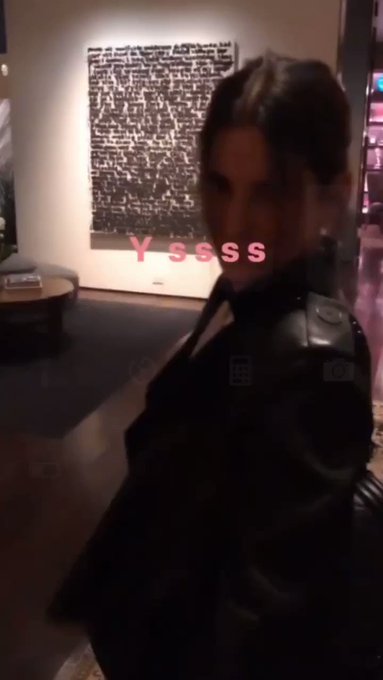 448 people are talking about this

Aniston has been known to keep in touch with her exes. On her 50th birthday, she invited Brad Pitt, her most famous ex, to the party and the duo was cordial and friendly. This reunion with Theroux shows that the Marley and Me actress is still close to her second husband since their split in 2018.