Being a nurse at the OSF Children’s Hospital of Illinois, Angela Farnan would see a number of newborn babies come in and out of the pediatric intensive care unit. But there was one particular patient, little baby Blaze, who she felt completely drawn to. What she did not know then was that Blaze was destined to become a part of her own family in the near future. 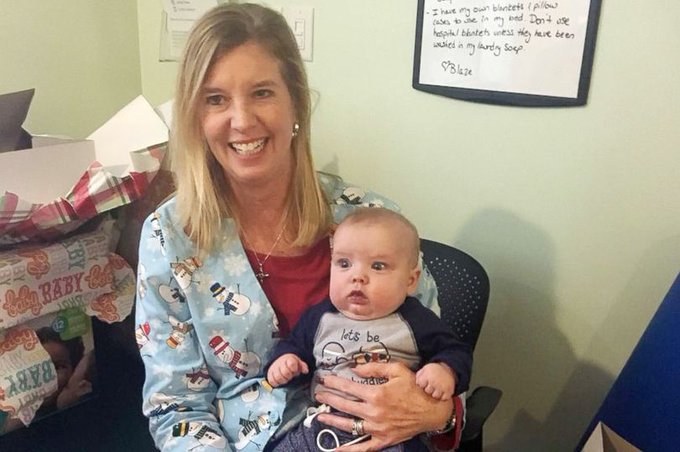 Born with a heart defect, Blaze was found to have hypoplastic left heart syndrome which meant that he had to undergo surgery just a couple of days after birth. A few months later, he had to have another surgery and would have to follow it up with a third surgery later. The possibility of a heart transplant later in his life was not ruled out either. However, throughout all this, Blake’s biological parents couldn’t meet the financial expectations of his medical treatment, and the family lived far away, which meant they couldn’t go back and forth to visit little Blaze.

At a time when baby Blaze was most vulnerable, Angela was the nurse who stepped in and took care of him like her own. Despite having a severe heart condition, Blaze was a bundle of joy who Angela fell in love with. “I really feel that he has blessed our lives,” Angela told Good Morning America. “He’s full of joy. His smile lights up the room.”

She was one of the nurses who took care of him while he was in the ICU, and then she took him home for a short-term guardianships after his biological parents gave permission for it. Soon, Angela and her husband started growing quite attached to Blaze. It was quite emotional for the couple “because my husband and I fell in love with him and it was getting close and closer to when we had to give him back.” 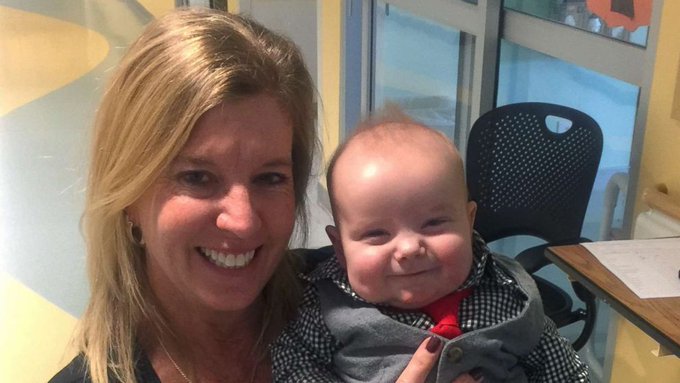 Soon after Blaze underwent his second surgery, his helpless biological mother approached Angela with a request.

“(Blaze’s biological mother) said she and her husband were discussing us keeping Blaze on a permanent basis,” said Angela. “She was crying and said, ‘I just don’t want anyone to feel like I’m a bad mom.’ I said she just made the best decision as a mom and there was no question that she loves Blaze.”

Angela and her husband, Rick were able to complete their family by officially welcoming Blaze into their home. They were more than happy to slip into their role of new parents to the special boy, and now have the joy of watching him grow. Angela mentioned that he has an endearing personality, and spoke about how “Baby Shark” and Keith Urban songs are Blaze’s favorite tunes to dance to.

“Becoming a parent for the first time, I can’t describe the feeling,” said Angela. “It was one of the best days of our lives.”

“I go to bed every night and thank God for the opportunity to be a parent. I pray over him every night. He is truly a blessing,” she said in the statement. “As a little girl, you think about your wedding, having children, raising them and instilling in them good morals. It still takes my breath away. There are times I wake up and I’m overwhelmed that he’s mine.”

Nurse adopts baby she took care of in intensive are https://boston-informer.com/380367/nurse-adopts-baby-she-took-care-of-in-intensive-are/ … 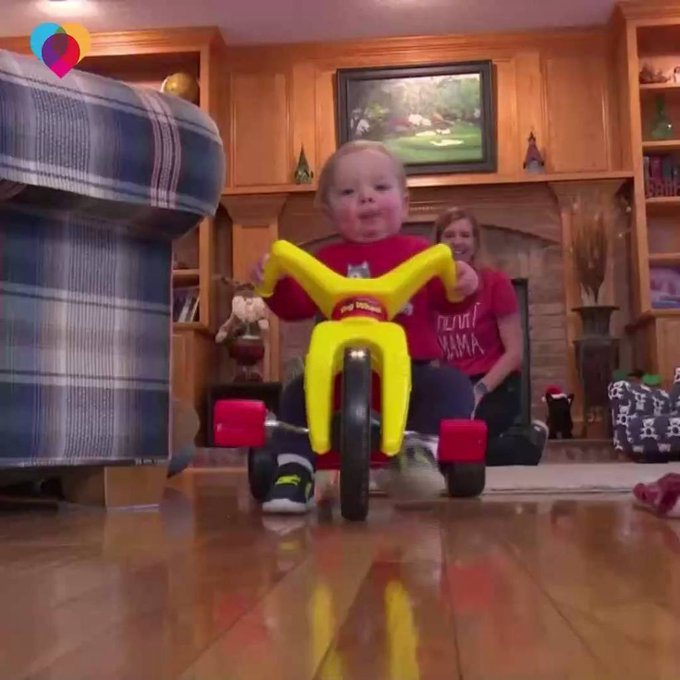 While Blaze will still have to undergo surgery at a later point in his life, Angela is completely ready for the journey. Her son is all that she needs now to remain content and complete. “I used to come home and would need like a half hour to decompress. Now, I come home and he’s so excited to see me — it lifts me. I don’t need that half hour anymore,” she said. “I just need that face and that smile. I can have the worst day and all I want to do is get home and see him. It just makes it all better.”