Four little girls shared a special moment together, two years after they had met each other for the first time. While the circumstances under which they became friends were painful, the story has a heartwarming ending, as they all managed to win the battle against cancer together. Two years after they first met in Johns Hopkins All Children’s Hospital in St. Petersburg, the girls reunited happier and healthier than when they parted ways, and the sight was a touching one to see indeed, Fox13 News reported.

Four girls who all faced cancer together at Johns Hopkins All Children’s Hospital first gathered together for a photo shoot in 2016. Earlier this month, they were all able to don gold “survivor” T-shirts, marking this year as the first since they finished with their treatments. 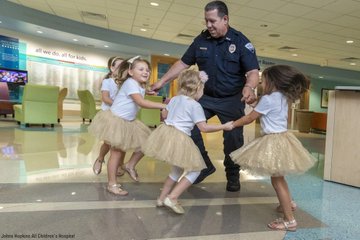 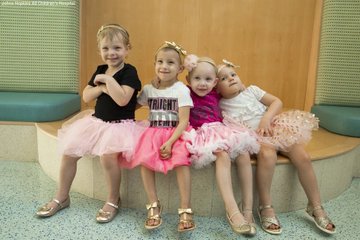 204 people are talking about this

Ava, Chloe, Lauren, and McKinley’s reunion had their parents nearly in tears as they got together to celebrate how they had all overcome the deadly disease. Lauren’s mother, Shawna Glynn, said, “This is our third year. They have just come so far, all of them.” The last time they met for a photo in the same lobby, the girls had cheerful smiles on their face, but their thinning hair reflected the serious nature of the treatment they were undergoing.

Four young girls who beat cancer together celebrate with a photo shoot. https://ietv.co/2DnvCg5 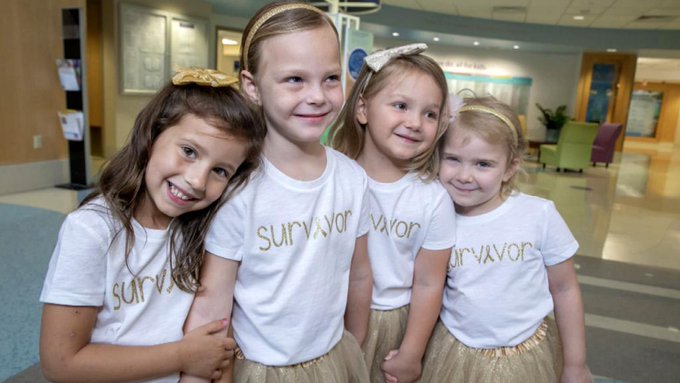 23 people are talking about this

Ava’s mom, Alyssa Luciano, revealed, “They were all on active treatment the first time we did this. It’s amazing to see how far they’ve come from being bald little babies.” When they were admitted to the hospital, Ava, Lauren, and McKinley were all diagnosed with acute lymphoblastic leukemia. Chloe was diagnosed with a rare form of lung cancer. Despite being far from home and sick with cancer, the girls bonded and found solace in each other.

Four girls who beat cancer together reunite for heartwarming photographhttps://www.ndtv.com/offbeat/four-girls-who-beat-cancer-together-reunite-for-heartwarming-photograph-1918837 … 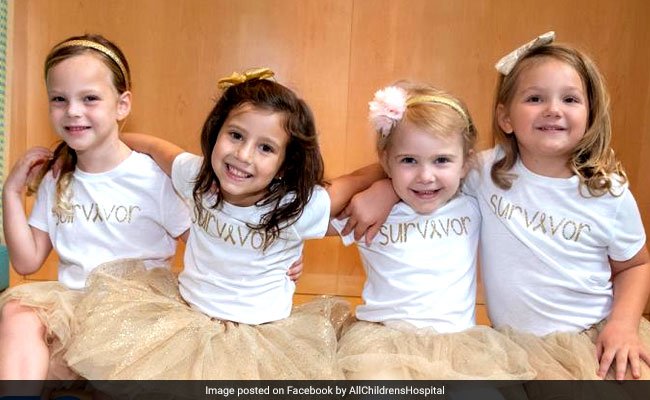 30 people are talking about this

Shawna said, “She’s 3 years old and doesn’t have any hair, but all of her friends in the hospital look the same way so it kind of gave her some normalcy.” McKinley’s mom. Karen Moore, added, “It was just always a breath of fresh air to see a familiar face and to know that she wasn’t alone in this.” She revealed that it wasn’t just the kids who were a comforting presence to each other. “Just having other moms to relate to has been phenomenal. Just to have other people going through it at the same time as us,” she said.

For Lauren, this reunion was more than just a get-together. She was also celebrating the end of her long battle with the disease. Shawna, her mom, said, “We’re done. She just rang the bell to signify that she has completed her treatment this past Monday.” With Lauren being the last of the four to beat cancer, all four girls can now breathe a sigh of relief. However, this isn’t the end for them. They plan to meet each other next year, and the next, and the one after that to take more pics and remember the joy of finally overcoming cancer together.

Four young girls who first became friends when they were all being treated for cancer have put on their tutus for a smile-filled reunion in celebration of the end of their treatments at Johns Hopkins All Children’s Hospital in St. Petersburg, Florida. 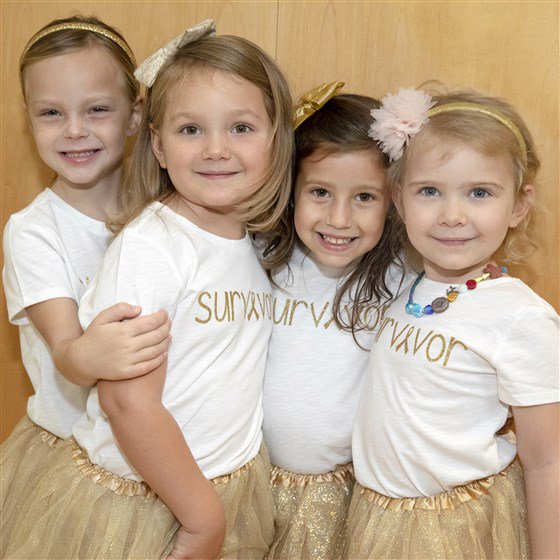