Watching your parent slowly lose the battle against death, knowing that the time you have left with them is numbered, is a heartbreaking feeling. It makes you want to do everything in your power to give them everything they wish for before they leave you. So when the time comes for their dying wish, you know you are ready to make it happen, just so that they can be happy in their final moments. And that is what the Schemm brothers did when their 87-year-old father was lying in the hospital bed.

Wisconsin resident Norbert Schemm was surrounded by his family and loved ones as stage IV colon cancer was ready to take him under. But there was just one thing he wanted before he passed away on November 20, 2019, according to Fox News. “My grandfather passed away today,” Adam Schemm, Norbert’s grandson and a father-of-two himself, wrote on Twitter. “Last night all he wanted to do was have one last beer with his sons.”

Adam told the BBC, “My grandpa had been relatively healthy over the course of his life but it was on the Sunday last week while he was in hospital that they realized it would be the end. He called his grandchildren to tell us on the Monday.  We took the picture Tuesday night and then he died from stage four colon cancer on Wednesday. My dad told us that grandpa had wanted a beer and now when I look at that picture it gives me solace. I can tell my grandpa is smiling. He’s doing what he wanted to do – it was an impromptu moment.”

“That moment meant so much to my grandfather,” he said to Today. “You can tell they all know what’s gonna happen, and they just want to enjoy being together. They all have this look of closure. It was the last 90 minutes that they really had him. They drank beer and talked about family and he made everyone promise to take care of my grandmother. They were married for 65 years.” 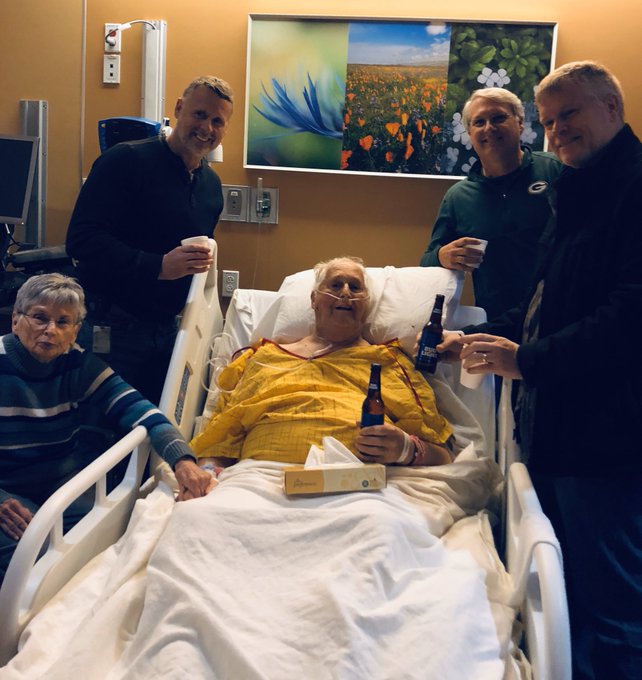 38.7K people are talking about this

Wanting to share the touching moment, Adam shared the picture of his grandfather in his hospital bed enjoying one last beer with his sons while holding his wife’s hand with a wide smile on his face. The tweet of this picture went viral, receiving 32,000 retweets and more than 327,000 shares. This viral picture would not have actually been put up initially as Adam mentioned he was reluctant to share this intimate moment on social media.

However, he later decided to do so because it was a sorrowful but touching moment. He added, to BBC, “It’s actually helped us with our grief. It’s comforting to see that my grandparents and their children were all together in his final moments.”

And since then, there’s been an outpouring of kind comments from strangers and people sharing their own similar stories, something that moved the family. “It seems to have tapped into a sense of community and clearly is a moment lots of people relate to. The comments have been so kind and we’ve seen pictures of people toasting bottles of beer in his honor. I thought people I knew might want to see it and respond but had no idea just how many people it seems to have helped,” said the grieving grandson.

I don’t know you… but I felt this. Days before my grandpa passed he let my dad and I know he wanted a cigar and a beer. We made it happen. I’m so sorry for your loss. Your grandpas smile is one for the books! 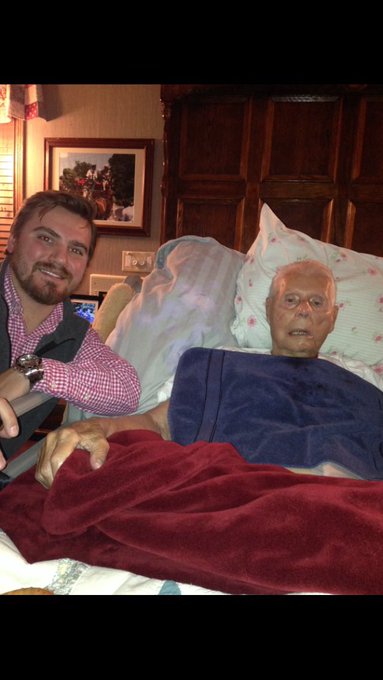 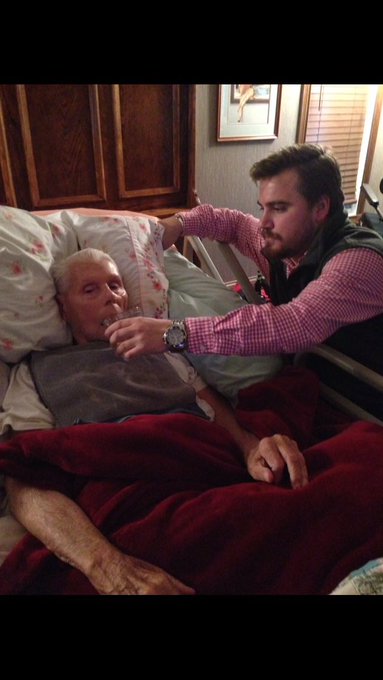 133 people are talking about this

Another user posted her story: 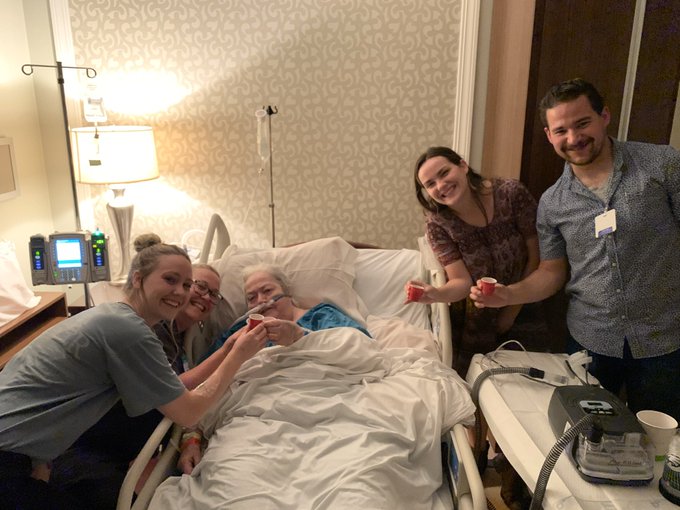 236 people are talking about this

So with a smile on his face and happiness in his heart, Norbert Schemm left behind his loving family into a better world. “It just seemed like a really good family moment and you can kind of see the look and the smile on his face,” Adam said to USA Today. “I can tell my grandfather’s smiling, at least trying to. They all are accepting what’s going to happen but they really cherish this last moment that meant a lot to them.”