For one man and six adult children, their entire world shrunk to fit into a remote farmhouse in the Netherlands, where they have been isolated for the past nine years.

Cutaway from the world and disconnected from everything beyond the walls of the farmhouse, the 58-year-old man, believed to be the father of the six siblings, has been “waiting for the end of time”, as reported by BBC.

Their story only came to light when the oldest of the adult children managed to escape and run away from the house, situated in the town of Ruinerwold of the Drenthe province in the Netherlands. Leaving behind his other siblings, all aged between 18 to 25, the oldest sibling made his way to a local bar and asked for help, according to RTV Drenthe.

The owner of the bar, Chris Westerbeek, was taken aback by his unkempt appearance and saw him quickly finish off his order.

“He came in again on Sunday and was very confused,” the owner said, according to DutchNews.nl. “He ordered five beers and drank them.”

As they got to talking, the owner realized that the police needed to be involved. “Then I had a chat with him and he revealed he had run away and needed help… then we called the police,” the owner of the bar said, as quoted by The Sun. “He had long hair, a dirty beard, wore old clothes and looked confused.”

The brother talked about how he and his siblings had never stepped out of the farmhouse and he was tired of living such a life. 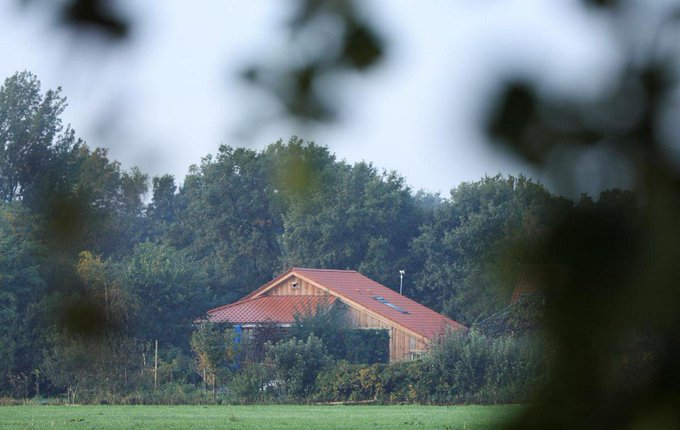 “He said he’d never been to school and hadn’t been to the barber for nine years,” the owner continued. “He said he had brothers and sisters who lived at the farm. He said he was the oldest and wanted to end the way they were living.”

After almost a decade of living in the farmhouse, some of the siblings grew up having no idea about the outside world and had no idea that there were other humans apart from them, living beyond the walls of the farmhouse.

When the police arrived at the farmhouse, they came across a staircase that was discretely hidden behind a cupboard. And it led to the cellar where the 7 members were staying.

“We found six people living in a small space in the house which could be locked but wasn’t a basement,” police said in a statement. The oldest brother was not around at the time.

For several years, the farm was surrounded by high fences, which was noticed by the people living in the area. All this while, the neighbors believed that the farm was home to only one man, having no clue that six other children were growing inside and were now adults. Dutch media has reported that they resorted to such makeshift living conditions because they were “waiting for the end of time,” according to DW.

It was also partially hidden behind a row of trees. The family seemed to have been taking care of all their needs within the farmhouse and living off a huge garden and a goat, as reported by Fox News.

Although the family said that the 58-year-old man is their father, there are speculations on whether he really is their parent and police are trying to investigate whether they were forcefully or voluntarily kept in the premises.

The mayor also said, “As far as I know their mother died before they arrived there.”

Having never delivered a single letter to the farmhouse, the local postman told Algemeen Dagblad news website “It’s actually pretty strange, now I come to think about it.”

The 58-year-old, believed to be from Austria, wasn’t willing to co-operate with the police investigation and was arrested. It was also reported that the supposed “father” was bedridden after suffering a stroke and was receiving treatment along with the siblings.

A spokesperson for the police also said, “First and foremost, we see it as our task to offer good care and support to the family.”

Police also added, “All scenarios are still open. Our research is in full swing and we cannot share more information at this time.”