Losing your mom is undoubtedly one of the most devastating things that can happen to a young child. Knowing you’ll never be able to feel safe in her embrace again or do the things that moms do with their daughters, leaves you with a void that can never be filled. But one little girl found familiarity of a mother’s touch in an unexpected source. 11-year-old Isabella Pieri lost her mom when she was 9 to a rare illness but in a feat of pure strength, she picked herself up and began her journey of independence.

But unfortunately, one thing she wasn’t unable to handle on her own was braiding her hair. Considering that her father Phillip, 47, was working intense hours at a convenience store in American Fork, Utah, he found it hard to do something with her hair. For his part, he tried. “She’d get mad at me for pulling her hair,” Phillip said. “I didn’t know how to do it.”

In order to make it easier for both of them, he got her a crew cut for the time being. “I originally just gave her a crew cut because I didn’t know how, and it was all tangled and I couldn’t get it out for anything,” he said in a television interview with KSL TV.

Soon after, when her hair grew back, she started to tie her hair in a ponytail. And then… something changed. “One day [Isabella] came home and it looked beautiful,” said Phillip. Well, that one day, it was the kindness of 47-year-old Tracy Dean, a bus driver for the Alpine School District, that made Isabella truly shine.

One morning, as the kids were stepping off the bus, little Isabella saw Tracy braiding her classmate’s hair. Gathering her courage, she asked the bus driver if she could tie her hair too. That one request from the little 11-year-old girl was the start of something new for both of them. 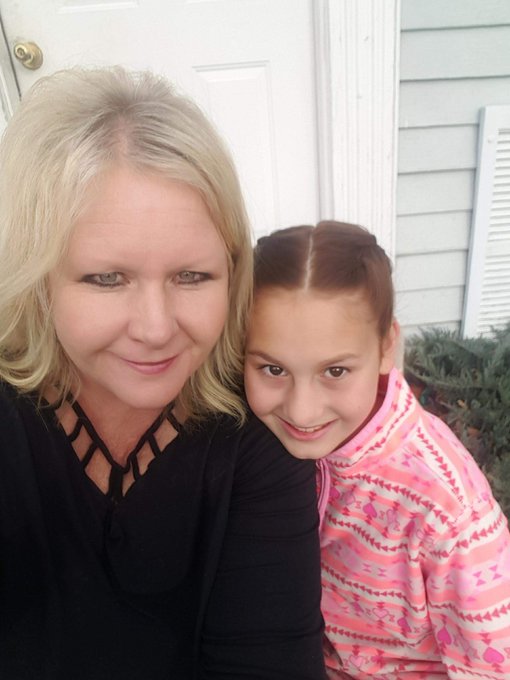 From then on, every morning, Tracy took the time to braid Isabella’s hair. “I can tell she was struggling with her hair. We usually do two French braids first and once in a while she just wants one braid,” the 47-year-old bus driver told ABC News. “I also taught her how to brush her hair. She’d get on the bus and she’d say, ‘I brushed my hair. Does it look good?'” Dean said. “I’ll say, ‘You did awesome.'”

As for Tracy’s motivation for doing this, she said, “Seven years ago, I found out I had breast cancer, and that’s one of the things that went through my head — who is going to take care of my little ones? Not that my husband couldn’t do it, but you know, that’s what mom’s do. They do their kids’ hair.”

Isabella had her own motivations. “It makes me feel like she’s a mom pretty much to me,” Isabella said. “And it makes me excited for the next day to see what she does.” This act of kindness by Tracy has definitely not gone unnoticed by Phillip – “Tracy didn’t have to step up, but she stepped up to help out, I was amazed.”

And by her teachers – “I just noticed her head was a little higher that morning,” her teacher, Mrs. Freeze said, “and she had a little more of a step.”

Looks like Isabella isn’t suffering from a lack of love and Tracy’s act of kindness is an inspiration.

Mothers can never be replaced but Tracy’s dedication to ensuring little Isabella showed that the love of a mother has no limits.