From the moment you hold your newborn in your arms, to the last few minutes of your life, there’s nothing a mother wouldn’t do for her child. Motherhood is not a switch you can turn off as and when you please, no matter what the age. And Ada Keating of Liverpool, UK is living proof of that.

The 98-year-old moved to an old age home in Liverpool so she could be close to her 80-year-old son, Tom Keating. Watching your children grow up through adolescence and into adulthood is only normal, but growing old with them is not something to see every day. The mother-son duo has always shared a special bond and not only does Ada still take care of her son at the age of 98, but she loves spending time with him.

The mother and son have supported each other throughout adulthood and Tom still likes having his mother around as he joins her in old age. Ada continues to be hearty and quite active for her age, and she still loves being a mother. She goes into Tom’s room each morning to wish him good morning and tell him that she’s off to breakfast. If she goes to get her hair done, he’s there to greet her with a warm hug when she comes back. “You never stop being a mum,” she tells Liverpool Echo.

Tom has three other siblings, one of whom passed away. Ada and late husband Harry also had three daughters, Barbara, Janet and Margi. However, Janet died passed away when she was just 13 years old. Before retiring, Tom was a painter and decorator at HE Simm building services and Ada, an auxiliary nurse at the former Mill Road Hospital, reports Financial Express.

The people at the care home are more than happy caring for the mother and son. “It’s very emotional for us to see such a gesture from a mother. No matter what the age is, a mother will never shy away from her responsibilities. We are pleased that we were able to accommodate both of their needs,” said manager Philip Daniels.

Mother aged 98 moves into care home to look after 80-year-old son.
Ada Keating and her son Tom have moved into Moss View Care Home in Liverpool.http://bit.ly/2Obn1yh 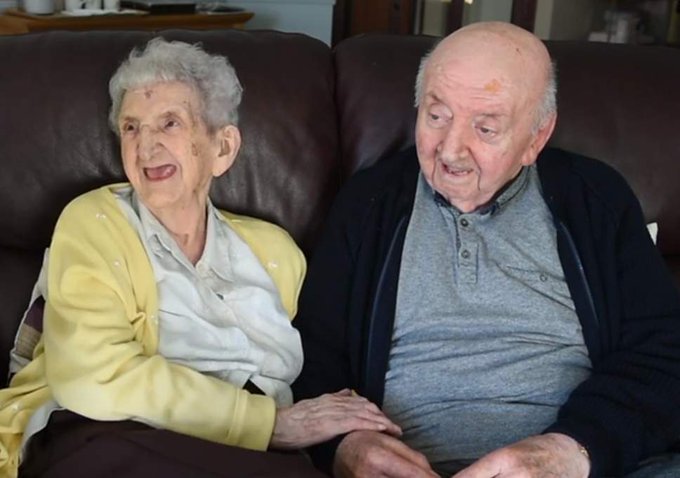 Ada and Tom’s family is also happy that they are together. Debi Higham, Ada’s granddaughter, and other family members visit them often at the care home on Page Moss Lane. Debi said, “There’s no one to divide them, it’s inspiring for us to know that they’re both are taken care of at the old-age-home. To make things simpler, they are inseparable.”