Sometimes bad things happen to good people and all we can do is hope that it all turns out well in the end. When a five-year-old boy was thrown off the balcony of a mall in Minnesota it broke people’s hearts that someone so young had to go through something horrific. Prayers poured in for him and his family and the suspect was caught too.

Eventually, the prayers were heard because he recovered and now gets to go back to school. Landen Hoffman, 5, is one lucky boy who recovered after severe head trauma and multiple broken bones in his hands and legs. He was thrown off the third floor of the mall on April, 12, 2019 where he was with his mom and friends. The suspect,  Emmanuel Deshawn Aranda, 25, threw him over for no apparent reason, according to his GoFundMe page. According to the WashingtonPost, Emmanuel was at the mall “looking for someone to kill.” The 25-year-old was sentenced to 19 years in prison after pleading guilty to attempted premeditated first-degree murder.

The family received over $1 million from wellwishers thanks to the GoFundMe page set up by their friends. In an update posted on the page, the family said that the “gentle” boy came back home in August after his ordeal and has gone back to his normal life now, in November. When he had come home he had still been ailing but he was taken care of well.

Latest update on Landen Hoffman – the 5 year old victim of a horrendous mall attack.
This is truly a miracle. God is good!

While his survival has been a miracle it has been a hard journey. At such a young age, he has had to go through extreme trauma and pain. There had been “severe complications,” which led to more than 15 separate medical procedures or surgeries. Both his arms and one leg had been broken, for which he underwent surgery. He also had to have his spleen removed. There were procedures for fluid in his lungs and stomach, as well as for facial and skull fractures, according to Today. He’s also had a stent “placed in a vein that runs through his liver because of the serious complications he continues to endure.”

“He came home with a limp and uneven legs from a two-time broken femur, an open wound on his belly we were taking care of every night, and many follow up appointments and medications,” the page said. He has had to undergo physical therapy, has been on medication, and is finally walking “perfectly” on his “even legs.”

The 5-year-old boy who was thrown from a Mall of America balcony in April has made a remarkable recovery; the family of Landen Hoffman says he is back at school and “walking perfectly” after breaking multiple limbs in the fall https://cbsn.ws/2OPW8RQ 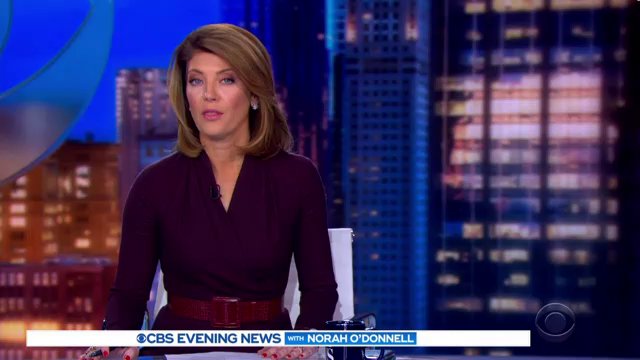 “He loves being back to school and going to kindergarten at the same school his twin brother and sister go to. He gets out of the car every morning happy and blows kisses all the way in!” the post explained, according to People.

“He’s a strong, happy boy. When his mommy asks him if she can look at his wound or asks how he’s doing, he always responds with ‘Mom, I’m healed, you don’t need to ask me anymore.’ Landen loves life and Jesus! He tells people all the time when they get hurt, don’t worry, I fell off a cliff, but Angels caught me and Jesus loves me, so I’m ok and you will be too!” the statement said.

Boy, 5, Thrown Off Mall of America Balcony Is Back in School and Walking ‘Perfectly,’ Family Says

On April 12, Landen sustained severe head trauma and multiple broken bones after being thrown from the third floor of the Mall of America in Minnesota

The boy has many “good memories of all the people who loved him and cared for him in the hospital,” which has made follow-up appointments “fun”, the family said. They will have to go for many of those appointments in December, so the family wants wellwishers to keep praying for their little boy.

The family’s belief in God has been staunch throughout the process and Landen’s mother’s victim impact statement reflected that too. His parents’ name is not known as they have requested privacy. She said that she had forgiven Emmanuel because of her faith. “God will judge you someday, and I have peace with that. I hand it off to him and you will take none of my thoughts ever again. I am done with you,” she said, according to the WashingtonPost.